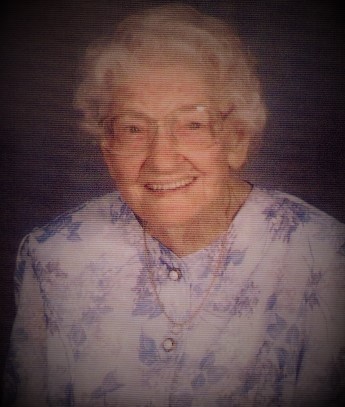 Extending back to the late 1920's, it was the friendship of two young girls around that time frame which began the inextricable destiny of the Crystal River Church of God, and the legacy of one Sallie Turner.

For Sallie Turner, going to church was a chance to spend time with her best friend Effie. The only way Effie's mother and father would let Sallie be around Effie was if she went to church with them. "I can tell you this," Sallie would say, "that I listened to that preacher man, preach the Word and I asked Jesus to be my Lord and Savior. When I did, I couldn't believe the feeling that I had. I felt like running and dancing. I was just so happy that I had to tell everyone I knew about Jesus."

Unbeknownst to these two young women, God was working in His own mysterious way. Somewhere from North Florida, it wasn't long before a Pentecostal Evangelist came to town. As he traveled through Crystal River on his way somewhere else one day, God began to deal with him as he came into Crystal River. He stopped at the gas station, and started inquiring about churches and church people in particular. "Well, there is only one person in town you need to be taking to and that's Sallie Turner," the shopkeeper told him. He contacted Sallie and they made all of the arrangements to set up a tent downtown and he began to preach about someone called the Holy Spirit. Sister Sallie said, "I was just so in love with Jesus that I had to have it all...Salvation, Holy Ghost Baptism, Sanctification, and Justification."

All too soon the revival was over, the tent was taken down, and the evangelist moved on. Sallie and Effie began to realize the need for a Pentecostal church in Crystal River. The more they prayed, the greater the burden became. Even while working backbreaking shifts at a now non-existent, pencil factory located in Cedar Cove off of King's Bay, these two pioneers would fast their mid-day meals and pray that God would send a Pentecostal church in Crystal River. For over a year, prayers continued to go heavenward with no apparent answers.

Encouraged by the evangelist and a passion for Pentecost, they continued on in tents, storefronts, even out under the trees, anywhere where they could tell people about the love and grace of God. Finding great favor with God and man, the Church of God was established in Crystal River in 1932 with Lula Jones as the first Pastor.

Life for Sallie Turner was mostly like everybody else's life with family and children, full of victories and the heartaches. But a passion for God, and the church that God birthed out of Sallie Turner's spirit, never diminished, even through her long and joyful life. The church today is a more contemporary body filled with boisterous young families and flocks of children, loud Praise and Worship driven by drums. And right up until very near the end of her life, sat Sallie Turner with a huge infectious smile, pulling cotton out of her ears, ready to hear again, as if for the first time, the name she loved more than anything in life, the name of Jesus.

Sallie Turner went to be with the Lord late in 2001. Her spirit and love for God will indelibly be written, not only on the Crystal River Church of God and its destiny, but on its very life as well.